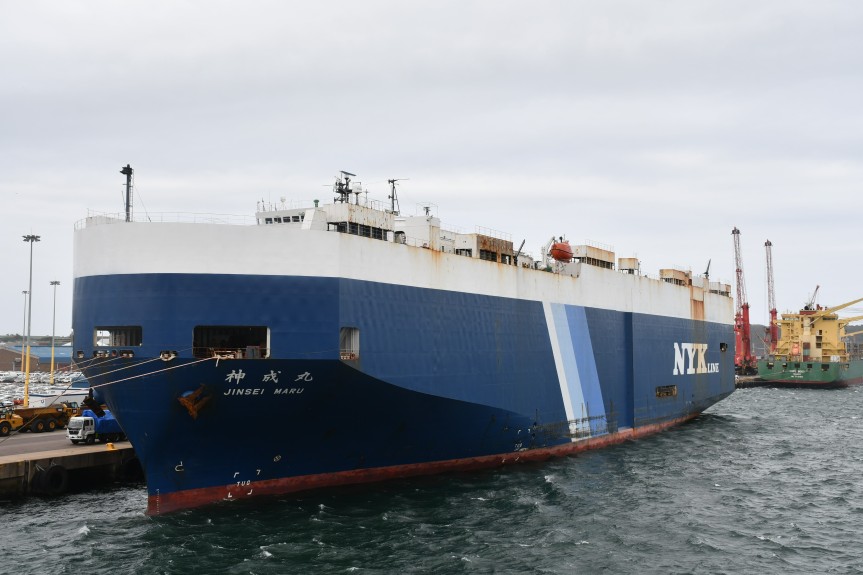 Enabling legislation in South Africa for the implementation of the International Maritime Organisation (IMO) Marpol Convention Annexture VI that will enforce even lower sulphur content for ships fuel from 01 January 2020, should be ready by year end, Transport Minister Mr Fikile Mbalula has confirmed.

The assurance from the Ministry is significant in that an enabling legislation was among key issues raised as concerning by both industry and government during a recent two-day consultative workshop held in Cape Town and in which the IMO was represented. 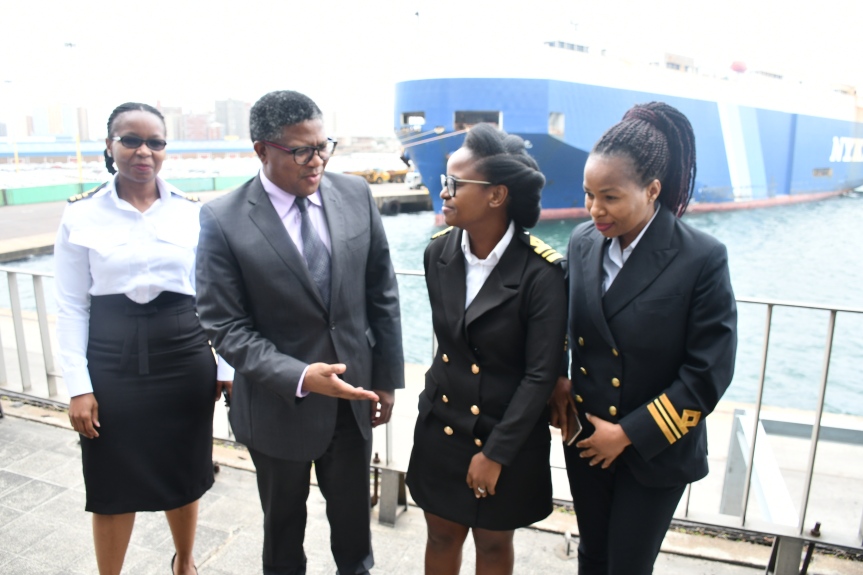 Precisely, in terms of the IMO, the global implementation of the new 0.50% sulphur limit in ships fuel comes into effect on 01 January 2020.

The new regulations are in terms of the IMO’s MARPOL Convention (Annexture VI) whose goal, according to the IMO is to further reduce air pollution by ships through emission. The revised regulations for the prevention of air pollution from ships under the MARPOL (Annex VI) were adopted in October 2008 and ratified by more than 65 countries including South Africa.

In terms of this, all sizes of ships sailing on the world’s oceans will need to use fuel oil that meets the 0.50% limit from 1 January 2020. The 0.50% sulphur limit extends to carriage of bunker fuel with sulphur content of more than 0.50% for vessels not fitted with Exhaust Gas Cleaning Systems (EGSC). The carriage ban will come into effect on 1 March 2020.

At a two day conference held in Cape Town in July attended by more than 100 industry representatives from various sectors including cargo owners, ship owners and related, concerns were raised about the prospect of enabling legislation being ready on time for the deadline,

In Durban on Tuesday this week, Mr Mbalula finally allayed the fears, stating categorically that the necessary legislation will be in place by year end 2019. Mr Mbalula made the confirmation during a brief interaction with the media while visiting the Transnet offices at the port of Durban where he was scheduled to go on a port tour but which had to be cancelled after strong winds swelled the waters, putting paid to any such venture on Tuesday afternoon.

Mr Mbalula said: “It (the legislation) will be in place. We’ve taken the matter up to Cabinet and from Cabinet it will undergo the processes of public participation and before the end of the year we should be able to make those deadlines.”

Mr Mbalula also remarked about other maritime sector related issues inclusive of current moves to prioritise the setting up of coastal shipping in South Africa as a key development and broader participation tool to bolster sectoral economic growth.

He also touched on the country’s choice of the city of Durban as next year’s host venue for the country’s inaugural staging of the IMO’s annual World Maritime Day Parallel Event – the biggest gathering of its kind for the global maritime sector involving no less than 170 countries.

In an earlier speech delivered at the 8th Annual Ports & Rail Evolution Forum that started on Tuesday and ends on Wednesday at the Durban International Convention Centre, Mr Mbalula had described the IMO event in the country next year as an ideal opportunity that will allow South Africa to showcase its maritime capabilities to both Africa and the rest of the maritime world.

In that speech which is captured fully here in the next two videos, Mr Mbalula decried Africa’s apparent propensity to take its own time getting to bedding down ideas and setting its economy on track to both attract investment as well as deliver on socio economic benefits for its people.

Mr Mbalula said the adage that “there is no hurry in Africa…” simply had to make way for a hurried pace in not only generating ideas but ensuring that they are followed up and implemented in a sustainable way. The key issue for integrated development and trade in the continent was ports and rail infrastructure which he described as reputably poorly maintained leading to gross inefficiencies.

For Mr Mbalula’s confirmation of the passage of legislation enabling the implementation of the IMO Marpol Convention Annex VI, click on the video below.

For Mr Mbalula’s full speech at the Ports & Rail Evolution Forum, click on the video below.

Rapid transformation and development of South Africa’s maritime economic sector will require several interventions among which must be a comprehensive education, training and skills programme to equip particularly youth with the requisite knowledge that will ensure meaningful inclusion and participation.

According  to Transport Minister, Dr Blade Nzimande this may include school going children in particularly coastal areas of the country being required to learn how to swim as part of their basic education.

South Africa’s coastline covers a length of some 3 200km along which four provinces; KwaZulu-Natal, Eastern Cape, Western Cape and Northern Cape are settled, from the Indian Ocean in the east, Southern Ocean in the south through to the Atlantic Ocean in the west.

Swimming as a possible compulsory subject for South African schools was among a raft of projects proposals mentioned and discussed at the recent maritime transport sector inaugural dialogue held in Durban.

In his closing remarks of the gathering, Dr Nzimande said the seriousness of the proposal for swimming  to be a compulsory school activity was such that it might become a necessary competency that  is a condition to exiting high school.

“I cannot commit to the idea until it has been canvassed with the relevant departments including the Minister of Basic Education. But I think it’s a good idea that we should not allow any child to complete matric without also learning to swim.,” he said.

Jokingly he said that of all sports codes in the country, swimming was the only sports the majority of South Africans – precisely black people – did not really care about its transformation because, he said: “They are afraid of water.” This had to change, he said, in order to broaden and deepen transformation of the maritime transport sector.

Among other issues the maritime transport sector could look forward to in 2019 would be the launch of an Inland Waterways Strategy following to its approval by government recently.

For Dr Nzimande’s full remarks, click on the video below.

Meanwhile, a Maritime Transport Sector Declaration developed and adopted by delegates to the Department of Transport convened two-days meeting in Durban has been released and shared with delegates this past week.