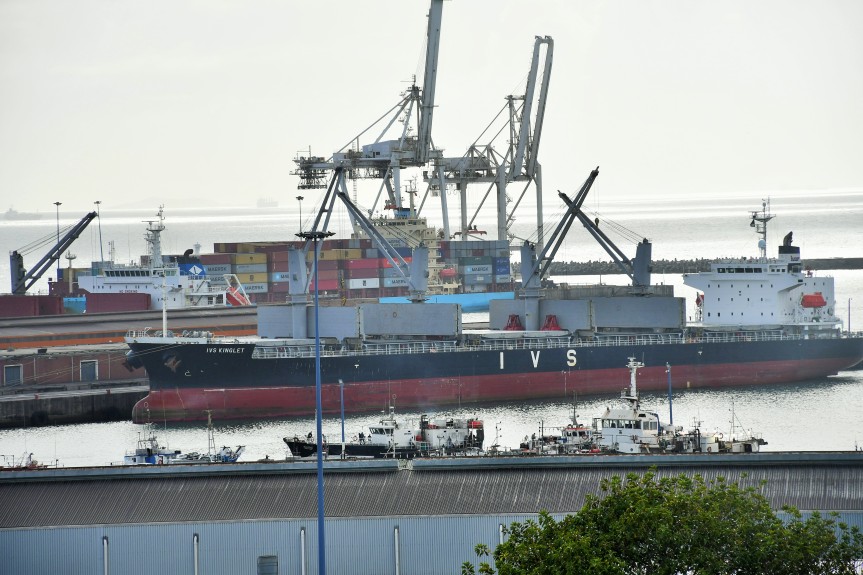 It is not unusual for people working for the South African Maritime Safety Authority (SAMSA) – spread across the length and breadth of the country’s waterways – to be mistaken for workers of the popular Asian smartphone maker, Samsung; an apparent ‘mistake’ followed almost immediately by curious, yet polite requests for phone repairs or news of models planned for the future.

In fact, this is barely out of place considering that even the mention of the marine or maritime sector, for some people – a large number – conjures up thoughts and feelings related to marriage! ‘It’s marrying time?’

In a country that’s practically and literally maritime in its geographic makeup at the southern tip of Africa, surrounded by no less than three oceans (the Atlantic Ocean to the west, Southern Ocean to the south and the Indian Ocean to the east) with a coastline of some 3200 kilometers, covering at least four of the country’s nine provinces (Northern Cape, Western Cape, Eastern Cape and KwaZulu-Natal), and central if not crucial to it a 1.5-million square kilometers of an exclusive economic zone, it should come as a surprise the apparent low level of public knowledge about and engagement with the marine and maritime economic sector.

Reasons for this clear anomaly are varied yet not hard to fathom. Summarily, past political and economic activities generally exclusive for many, are to blame.

For this reason, in addition to statutory and necessary activities it conducts consistent with its mandate, inclusive of furthering South Africa’s maritime economic interests, SAMSA regularly and consistently shares as much information as is necessary and possible about its role as well as the general maritime economic sector to as many constituencies as can be reached.

It was for partly this reason also that earlier in 2018, SAMSA’s Chief Operations Officer, Mr Sobantu Tilayi took time to sit down with a couple of international journalists from the Oil & Gas Journal to explain what SAMSA’s role is in the country’s maritime economic sector and how this sector is shaped to contribute to the South African economy within context of the “New Dawn” concept now espoused by new leadership of the ruling party, the ANC.

In the hour long interview, which this blog was allowed to record, Mr Tilayi covers a whole range of issues involving the role of SAMSA – ranging from protecting the oceans’ environment, lives of seafarers as well as ships at sea, to initiatives on taxation and other legislative reforms, education, training and skills development, job creation and engagement with similar and relevant regional and international institutions including the International Maritime Organization (IMO) – all in the interest of promoting the maritime economic sector.

The video interview presented here is split into four sections of a 15 minutes duration per section.

The weather did not quite play fairly over the two days of Transnet National Ports Authority (TNPA) festival at the port of Port Elizabeth at the weekend, leading to curtailment of some of the activities.

But it was still great turnout by thousands of people that filled the port for fun and games whose theme centred on greater public awareness and education on maritime issues.

The TNPA port of Port Elizabeth’s 2018 port festival was, as usual, the first in a series reportedly planned for some of the country’s major ports over the next few weeks, including Richards Bay, with the aim being to facilitate greater engagement between the ports and the general public for enhanced understanding and knowledge of aspects that make up the country’s maritime economic sector activities. 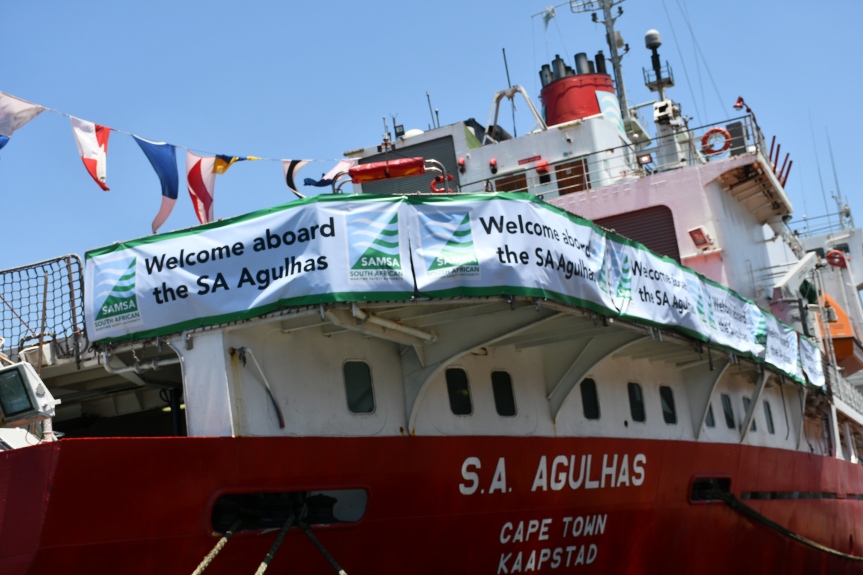 This year’s festival in Port Elizabth enjoyed support from a range of stakeholders including the South African Maritime Safety Authority (SAMSA) which again featured its vessel, the SA Agulhas – a former research vessel that has been retuned for purposes of servicing the country’s national cadet training programme now under the South African International Maritime Institute (SAIMI).

Another notable supporter at this weekend’s festival was the South African Navy which provided four of its vessels including two frigades, as well as the Department of Agriculture, Forestry and Fisheries whose fisheries monitoring vessel, the Ruth First, participated – adding to the great fun many festival revelers, many among them young children, enjoyed. 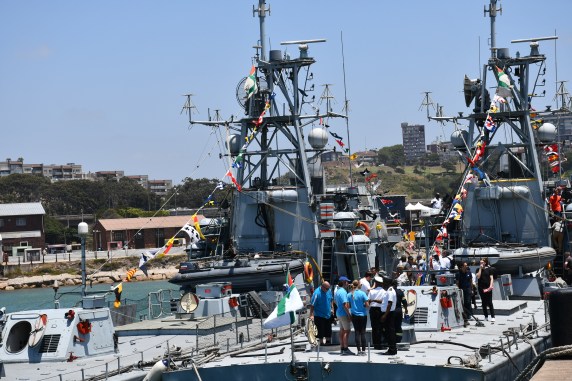 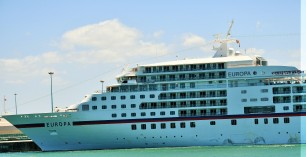 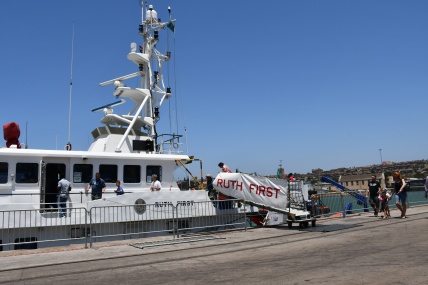 Also  present was the National Sea Rescue Institute (NSRI), the Nelson Mandela University and several others.

However, strong winds particularly on Saturday, the first of the two days of the event, proved a major challenge as it forced some of the water sports lined up for the weekend to be suspended – well until Sunday, after the strong winds subsided in the early part of the day. 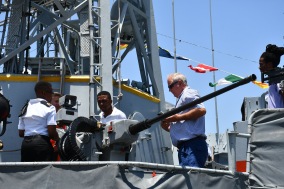 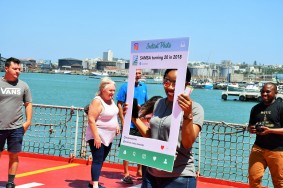 Maritime economies around the world turn their focus momentarily onto the sector globally this week to observe the annual celebration of the World Maritime Day held in the last week of September each year as set by the International Maritime Organization (IMO), and South Africa joins the activity over two days in Badplaas, Mpumalanga on Thursday and Friday.

Domestically, organized and driven by the national Department of Transport, the World Maritime Day 2018 event in Mpumalanga Province that begun on Thursday morning is the second such to be to held in one of South Africa’s five internal provinces in last few years.

The purpose thereof, according to the DoT, is to continue to enhance greater public awareness countrywide about the country’s maritime status and its significance and contribution to socio economic development.

“Every year, the IMO observes and celebrates the World Maritime Day (WMD). This event usually takes place during the last week of September each year. It is an IMO event that serves to promote awareness and maximize participation of all maritime transport stakeholders in order to promote safe, secure and environmentally sound seas.

“For the year 2018, the IMO Council and Assembly adopted the theme: “IMO 70: Our Heritage – Better Shipping for a Better Future”. This theme provides the opportunity to take stock and look back, but also to look forward, addressing current and future challenges for maritime sector.

“In 2016 World Maritime Day was celebrated in the Free State Province and saw participation from the two adjoining provinces of Northern Cape and Eastern Cape. Notably so it was a celebration within the perimeters of the Gariep Dam.

“In 2017, the event was celebrated at a coastal town of Port St Johns which was in part celebrating the centenary of OR Tambo. This year, Mpumalanga is hosting the 2018 celebration at Baadplaas Forever Resort,” said the DoT

For a full statement by DoT Deputy Minister Ms Sindisiwe Chikunga, click on the three minute video below: 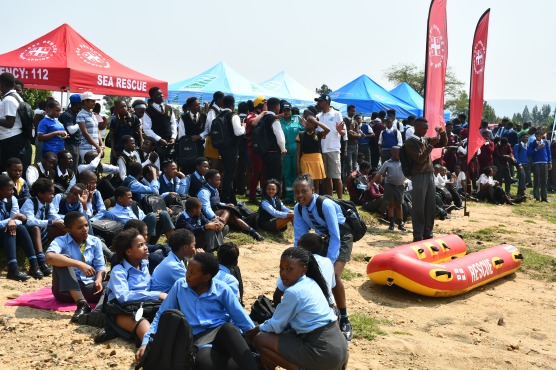 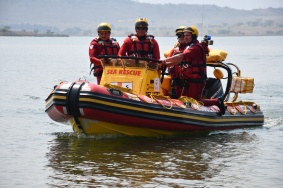 Countering what the department describes as a general lack of awareness and ignorance about the maritime sector and which makes it difficult for the public and the media to have interests in the industry, this year’s celebration will focus among other things on South Africa a coastal and a port state, the country’s vision for its maritime sector, its global positioning as a well trusted partner with the IMO and a strategic and trusted partner in the fight against piracy.

Information will also be shared about South Africa preparations to host the 2020 World Maritime Day Parallel Event, the first to be hosted in Sub-Saharan Africa.

Friday’s event will see several senior national and provincial government officials, inclusive of the Deputy Minister of Transport, Ms Sindisiwe Chikunga, senior management of the South African Maritime Safety Authority and others converge Baadplaas Report for the official function starting 9am through to 2.30pm