Tracking down a set of stimulus packages earlier announced by government, and the revival of an inter-ministerial committee focused on South Africa’s maritime economic sector are among key issues to be pursued in the short term, according to Deputy Minister in the Presidency, Ms Thembi Siweya.

This, she pronounced on at the end of a whistle-stop visit to the Eastern Cape this past week along with Public Enterprises Deputy Minister, Mr Phumulo Masualle, to make an assessment of impacts as well as identify gaps in economic and investment programmes under the Operation Phakisa (Oceans Economy) initiative launched in the area.

The Deputy Ministers also utilised the opportunity of their visit to meet leaders of business in the maritime economic sector with direct and indirect interest in the operations, as well as aspiring and established small businessmen. 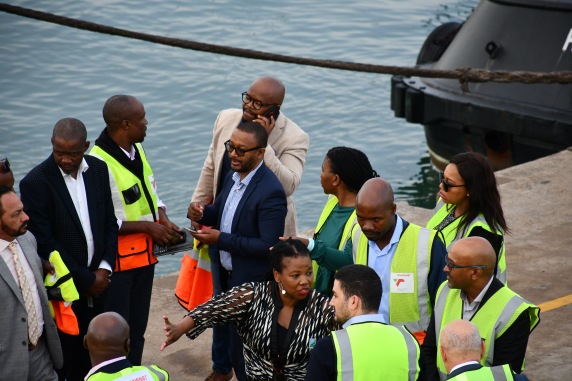 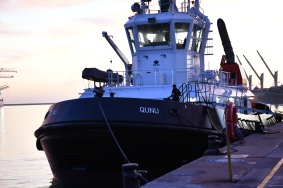 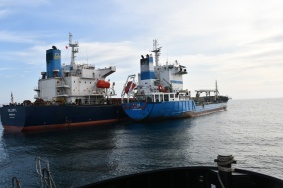 The visit took place amid varied concerns involving, on the one hand, groups of  environmentalists in the area worried about the possible highly negative impacts of the new bunkering services to the environment, while on the other hand, small business fears of being overlooked for business opportunities now arising from the bunkering services. 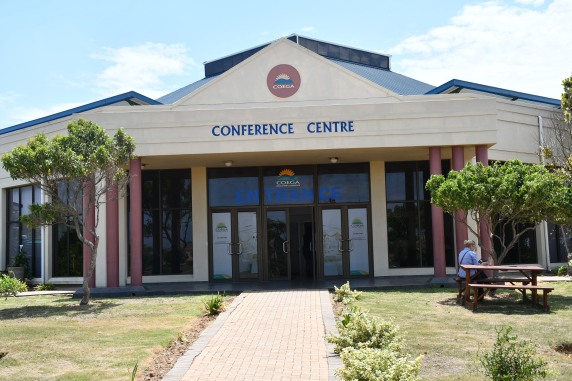 Reporting on their observations after visiting the projects on Wednesday morning, Ms Siweya described the developments as showing good progress while acknowledging the challenges faced by some both in terms of concerns of possible environmental threats as well as difficulties faced by investors and business in general in the sector.

Matters of express concern raised, she said, revolved around poverty of legislation governing the new bunkering services, but also shipping especially terms of tax legislation, and the apparent absence of financial support and incentives to encourage investment in the sector. In addition, constant interaction between government, business and civil society to ensure proper alignment was crucial to success, she said.

Ms Siweya said the country’s maritime economic was among sectors identified under the National Development Plan (2030) as key to economic development and expansion and deliberate focus on it was necessary.

To this end, an inter-ministerial committee established in 2015 and which had since become dysfunctional would be revived, In addition, she said, it had become clear that there was a need for financial support of businesses in the sector in the form of a maritime fund.

In this regard, she said: “In 2018, the President spoke about a stimulus package, and there were departments that received stimulus packages. We are going to follow up on that to establish how far they are… what has been done with the funding.”

For Ms Siweya’s full remarks on this and various other matters, click on the video below.

Meanwhile, at the imbizo attended by no less 150 people at a venue located adjacent the Coega Development Zone, leaders of business in the maritime sector as well as aspirant business people wasted little time expressing their displeasure on numerous challenges which they face and towards which they felt government was failing them.

For a full perspective on the proceedings, invest time on the following video. It is about an hour long but goes a long way in depicting the exchanges as they happened.

Key highlights include the South African Maritime Safety Authority (SAMSA acting CEO, Mr Sobantu Tilayi (video: 55th minute) revealing for the first time in public, the enmvisaged establishment of a dedicated fund in the Nelson Mandela Bay to both fund expenses towards environmental preservation (in the case of an oil spill from bunkering services) as well as  support small and medium businesses operating in the sector.