Working on an imaginary major oil spill incident off the southern coast of South Africa, at a location some 78 nautical miles (144km) south of Mossel Bay, between 50 and 90 officials from various organisation across the public and private sector as well as non governmental, have been working flat out for two days on an action plan to effectively and efficiently manage the incident.

The ”Incident Management and Command Centre” is the Durbanville Community Centre – some 30 kilometres north east of Cape Town – where for four days, the South African officials have been undergoing extensive classroom type training on an advanced Incident Management Systems (IMS)300 module, conducted by a set of international oil spills management experts from the International Maritime Organisation (IMO) and IPIECA.

It is South Africa’s third such joint Government and oil and gas industry training exercise  supported and conducted by the IMO and IPIECA under the auspices of the Global Initiative for West, Central and Southern Africa (GI-WACAF) Project in conjunction with the Department of Transport, the South African Maritime Safety Authority (SAMSA), the national Incident Management Organisation (IMOrg) and various other role players.

According to IMOrg co-chairman, Mr Chueu Terrence Mabuela, the exercise is consistent with requirements of South Africa’s new National Oil Spill Contingency Plan whose draft legislation is currently before Parliament.

The training exercise currently underway in Cape Town this week is aimed at equipping South Africans with modern and advanced skills in the prevention of oil spills at seas, alternatively, providing them with advanced techniques in the management oil spills as and when they occur.

It will be followed later – possibly in about 24 months – by an actual exercise out at sea, utilising real materials, tools and equipment necessary to fully enable the various role players in oil spills management to display the skills so far acquired.

For Mr Mabuela’s full remarks in Cape Town on Thursday – the last day of the training – click on the video below. 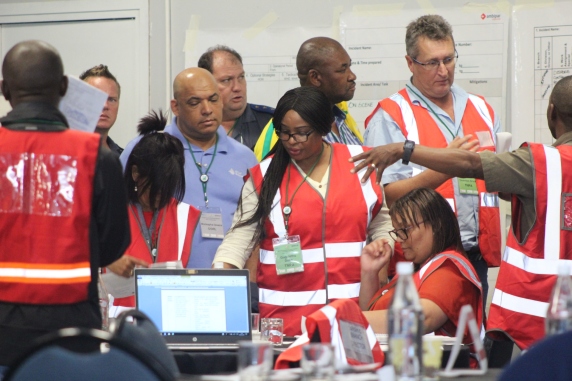 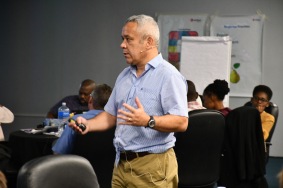 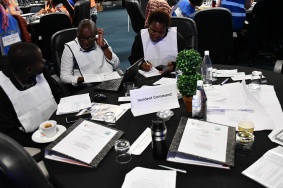 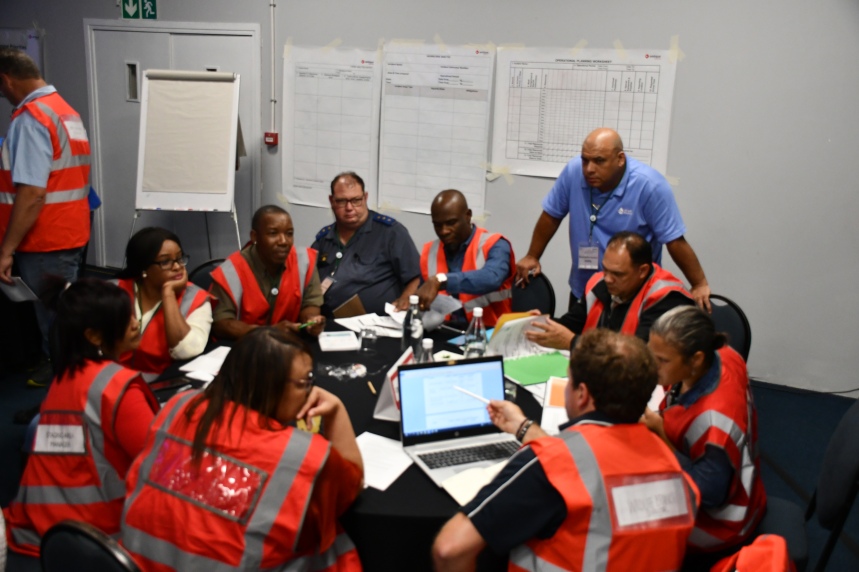 According to Mr Rustom, while incidents of oil spillages were decreasing significantly across the world, they were still a possibility that requires preparedness by all countries with access to the seas.

Equipping African countries with advanced skills in oil spillages prevention and management was also highly relevant in a continent currently with a huge potential for increased oil and gas extraction investment – with South Africa looking at potentially 30 such wells in the next few years.

As evidence, a recent report by the country’s Operation Phakisa (Oceans Economy) indicated that oil and gas exploration in South Africa was lead investment sector over the last five years in the country’s maritime economic sector.

In Cape Town this week, Mr Rustom shared his views and for these, click on the video below.