Delegates to a two day maritime sector transport dialogue held in Durban on Thursday and Friday wholly endorsed the setting up of a proposed development council for the sector, possibly as early June 2019.

This emerged at the closure of the event by Transport Minister, Dr Blade Nzimande at about lunchtime on Friday, following to two days of deliberation by hundreds of delegates representing government, the private sector as well as academia.

According to Dr Nzimande, establishment of the development council for the maritime economic sector is a proposal emanating from the adoption and implementation of the Comprehensive Maritime Transport Policy (CMTP) in 2017.

In his opening address on Thursday, Dr Nzimande said the maritime transport sector was a “key component in government’s objective in growing and developing the oceans economy.”

He said according to current estimates of the Operation Phakisa: Oceans Economy strategy, the country’s oceans in which South Africa has as much as 1.5-million square kilometers of an exclusive economic zone, have the potential to contribute up to R177 billion to the gross domestic product (GDP) and create just over one million jobs by 2033 and between 800 000 and 1-million direct jobs.

“Through Operation Phakisa, 47 detailed initiatives have been identified, whose progressive implementation is expected to increase the oceans economy’s GDP contribution by R20 million per annum and lead to the creation of 22 000 direct new jobs this year, 2019,” he said.

However, very little progress was being achieved both in terms of actual economic and business development as well as transformation due to a whole range of reasons, hence the need for those immersed in or with interest in the sector to get around a table and devise workable plans about how best to overcome identified challenges.

He said: “As the Department of Transport, we are leading the Marine Transport and Manufacturing work stream, which is amongst the six work streams established by Operation Phakisa ocean economy.

“Amongst others, our work stream has highlighted a concern that South Africa currently has no registered ships (since corrected to “two or three”). This is in spite of the fact that each year, 300-million tons of cargo moves through our ports in imports and exports.

“In addition, 1.2-million tonnes of liquid fuels move along our coast, while the rapidly expanding offshore oil and gas activities require a supporting fleet of vessels,” he said 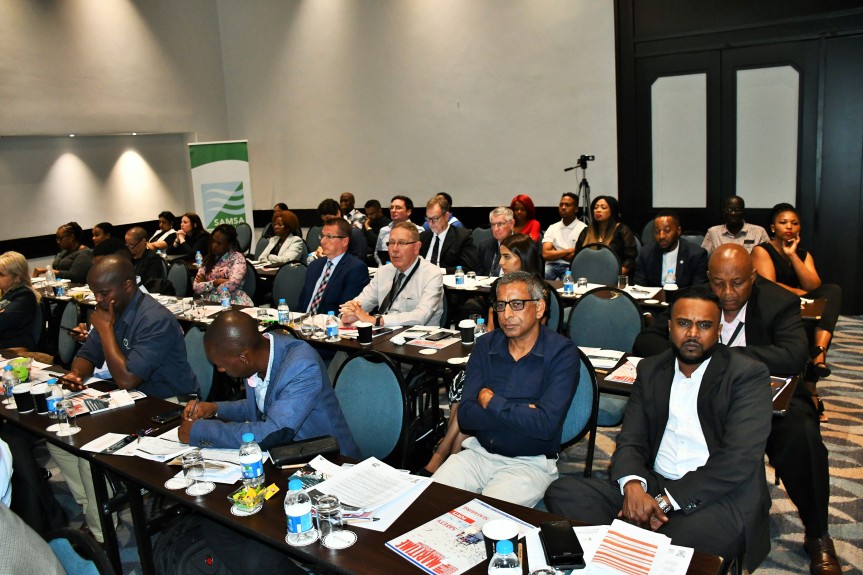 Confronted by these and various other challenges, Dr Nzimande said the proposed development council, in terms of the CMTP, was intended as a critical intervention to assist with realization of the goals of growth, development and transformation of maritime transport.”

He said: “The CMTP envisages the establishment of the Maritime Transport Sector Development Council as a platform and vehicle to develop concrete strategies and co-operation to develop and transform the sector. This Council is also expected to develop appropriate plans to grow the sector within the context of the oceans economy.

“The development of a multiyear Maritime Transport Sector Plan (MTSDP) as well as the review and monitoring of the overall performance of the sector are key tasks assigned to the MTSDC by the CMTP.”

On Friday, Dr Nzimande announced that delegates to the two day Transport Department dialogue were with one voice that the proposal should be implemented as soon as possible.

He said establishment of the council could occur as early June 2019, even if on an interim basis.

One thought on “Interim maritime sector development council to launch in June.”