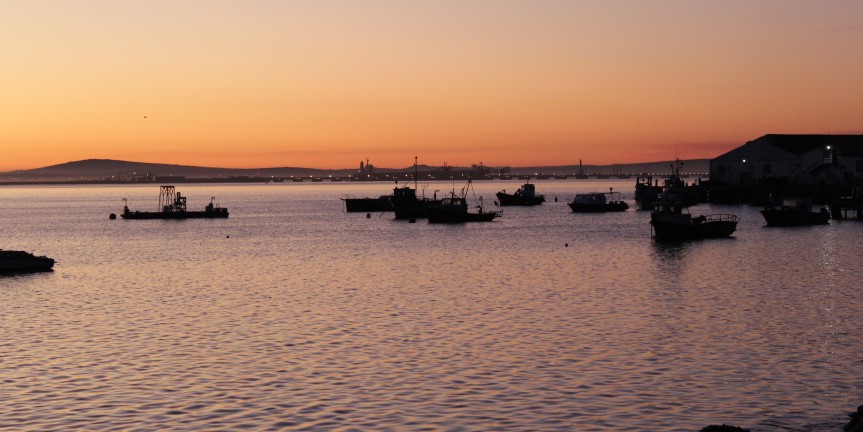 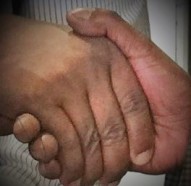 Efforts to bolster the role and impact of women in the development of Africa’s maritime sector are to receive a further boost following a preliminary agreement between Association of African Maritime Administrations (AAMA) and the Association of Women in the Maritime Sector in Eastern and Southern Africa (WOMESA) to formalize co-operation in pursuance of programmes to empower women.

AAMA is the coordinating body for the Maritime Administrations in Africa established in terms of the African Maritime Transport Charter (AMTC), while WOMESA is an association of women established under the auspices of the International Maritime Organisation (IMO) with the aim of enabling women to train in maritime and thereby acquire the high levels of competence that the maritime industry demands.

The two bodies reached an agreement during a meeting in Ethiopia in early 2016 to enter into a Memorandum of Understanding (MoU) that will facilitate among other things; joint undertakings or close collaboration in a number of activities and initiatives aimed at strengthening the role and impact of women participation in the continent’s maritime economic sector development.

The MoU, soon to be formally ratified; will enjoin the parties to among other things;

The agreement on the MoU was reached between the two bodies during WOMESA’s 7th Annual Conference/ Training, Annual General Meeting and Governing Council Meeting held from 22 to 26 February 2016 at the Adulala Resort & Spa at Debrezeit Babogaya, Ethiopia.

According to a recent WOMESA report on the conference, members of the association came from across 14 countries of the Eastern and Southern Africa region, participated at the event.

Issues dealt with during the gathering included:

Working alongside Mrs Maina as WOMESA’s Secretariat is Mrs.Rosemary Oile as the association’s Programme Director.

Collaboration between the South Africa Maritime Safety Authority (SAMSA) and the City of Johannesburg begin to pay dividends for the unemployed!

The formal dispatch of a batch of youths from Johannesburg on Tuesday (04 April 2016) for specialized training in the country’s maritime economic sector with the backing of a local government for the first time has clearly signaled the increasing recognition and appreciation by the country of the critical role the maritime economic sector can play in South Africa’s overall socio-economic development.

The event Tuesday, under the banner of a programme known as “Vulindlel’eJozi” was a culmination of collaboration and co-operation that has developed between the South African Maritime Safety Authority (SAMSA), the Johannesburg local government, Transnet, Harambee Youth Employment Creator, MSC Cruisers and others on the importance of spreading awareness and opportunity for the country’s youth also in the country’s maritime economic sector. 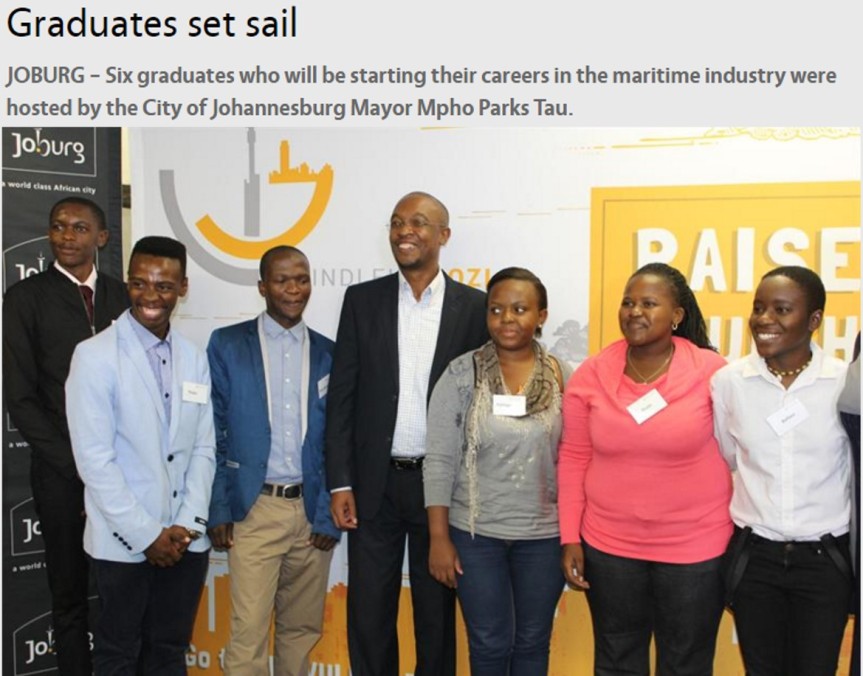 The Vulindlel’eJozi programme launched in June 2015, in partnership with SAMSA and others inclusive of the presidential programme – Operation Phakisa,  is designed to empower the youth with entry-level job training and placement in various sectors, online further education and entrepreneurship skills development.

According to Mayor Tau, so far a total 15 124 young people have directly benefited from various opportunities created through the Vulindlel’eJozi programme. include 2 895 candidates who have been placed into opportunities in various sectors of the economy such as early childhood development, hospitality, information technology, retail, financial services and business process outsourcing.

As of this week,  the programme also opened doors to maritime career opportunities for 10 Orange Farm youths who will pursue career skills development enabling them to function profitably in any of a number of maritime economic sector jobs – be it fishing, ship building, marine conservation, cargo handling or the leisure sector.

The 10 youths had reached the final stages of training in swimming and hospitality under the Vulindlel’eJozi programme and had already been through comprehensive medical examinations and a series of interviews with MSC Cruises – one of the most prestigious operators in the world.

The aim was to expand opportunities to as many as 200 00o youths.