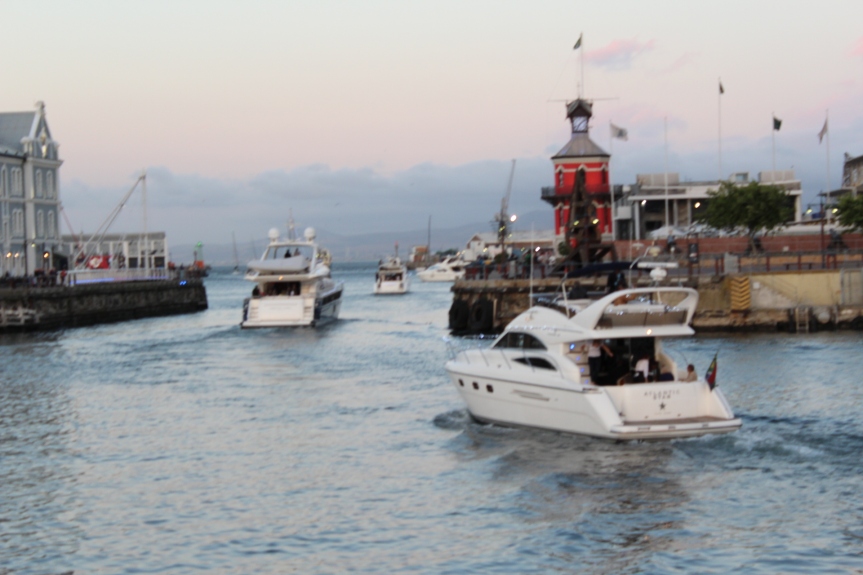 An investigation is underway to determine the cause of the incident involving a tourists cruise ferry in Cape Town from which about 60 people had to be rescued after it got into trouble off Robben Island on Friday, the South African Maritime Safety Authority (SAMSA) has confirmed.

According to Captain Pierre Schutz, a senior ships examiner (deck) and deputy Principal Officer at SAMSA’s Cape Town Office, the incident involving the ferry named Thandi occurred on Friday afternoon, shortly after lunch, while it was returning from Robben Island to the port of Cape Town, with about 64 passengers on board and a crew of five. 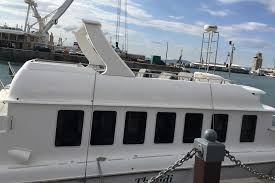 The vessel  is owned and managed by Silver Buckle Trade 21, said Capt Schultz.

He said according to preliminary reports, the drama began at about 2pm (CAT) after the ferry, packed with passengers, and sailing over a choppy sea due to a surge of wind over the Atlantic Ocean, began taking water over the bow.

“She was taking water over the bow due to the swell and wind when the port engine room bilge alarm sounded.

“A crew member attended and reported to the skipper that the bilge pump couldn’t cope. A ‘May Day’ (distress call) was raised. At this stage the forward windows of the vessel were apparently broken by wave action. The main life raft was apparently swept away,” said Capt Schultz.

He said at that point, at approximately 2.18pm, the National Sea Rescue Institute (NSRI) was activated and shortly thereafter, all the passengers and crew were rescued.

“This involved transfer to multiple vessels, principally the Madiba 1 and all passengers and crew were landed at Mandela Gateway by approximately 4pm. SAMSA has initiated a preliminary inquiry to determine the cause of the incident,” said Capt Schultz.

On Saturday afternoon, the vessel remained afloat and had been secured at Murray Harbour, in Robben Island, confirmed Capt Schultz.

Please note that this article has been updated to correct the number of passengers an earlier version stated as 68. This was apparently due to erroneous inclusion of some crew members of the Thandi’s sister ferry, the Madiba I who assisted with the passenger rescue.