The signing of a Memorandum of Understanding between South Africa and Poland in Cape Town on Wednesday marked a turning point in the development and enhancement of relations between the two countries and which will benefit both in the long term particularly with regards maritime sector issues.

This is according to South Africa’s Transport Department deputy Minister, Ms Sindisiwe Chikunga and Poland’s Minister of Maritime Economy and Inland Navigation, Mr Marek Gróbarczyk during the ceremony of the welcoming to South Africa of Poland’s centennial independence celebration’s vessel, Dar Młodzieży at the port of Cape Town.

The vessel with a crew of some 250 members on aboard including about 60 cadets, is on a round-the-world trip that began recently in Poland and shall continue until the end of March 2019, with stop-overs in as many as 22 ports around the world.

South Africa was the second stop over on Wednesday, where the vessel will remain at the port of Cape Town in a jetty adjacent the Victoria & Alfred Waterfront at the foot of Table Mountain until Friday. 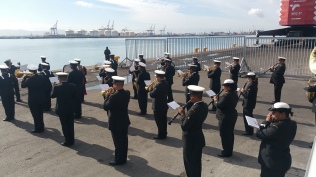 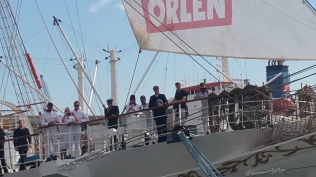 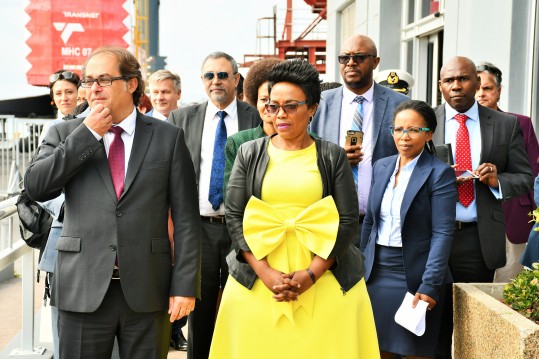 Thereafter, the Polish maritime students and cadets who were joined by their South African counterparts from the Cape Peninsula University of Technology (CPUT) for a combined group of about 200, were later treated to a braai on board South Africa’s only dedicated cadet training vessel, the SA Agulhas. 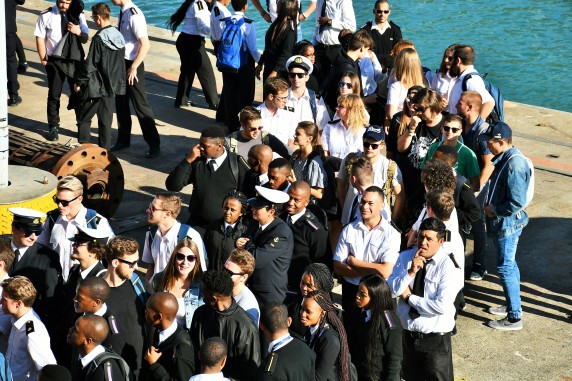 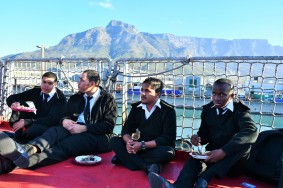 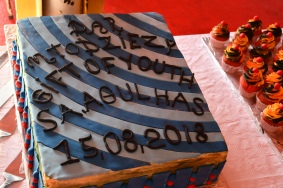 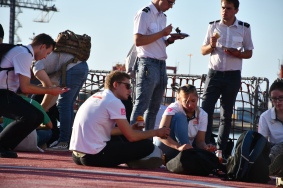 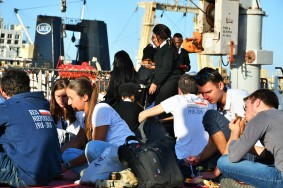 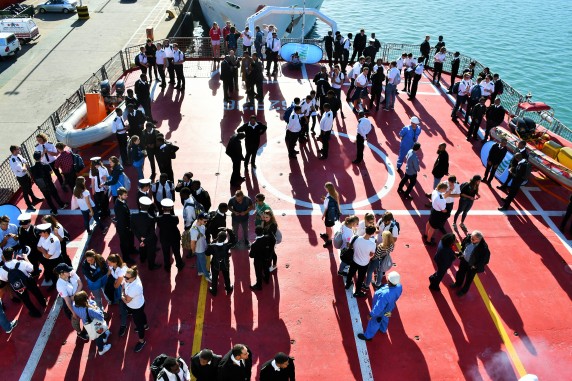 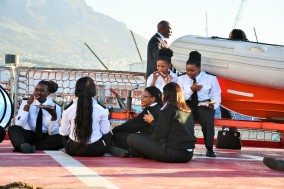 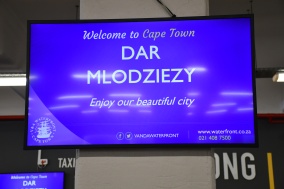 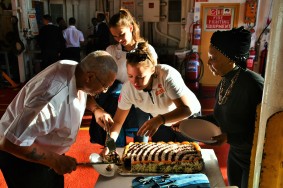 In-between the events, Ms Chikunga and Mr Gróbarczyk signed a Memorandum of Understanding on the basis of which, they said, the two countries would endeavor to enhance co-operation and joint pursuit of socio economic development initiatives but especially in relation to the maritime economic sector.

Areas of likely immediate focus would include ship repairs and maritime education and training, said Ms Chikunga, while Mr Gróbarczyk felt it also an opportune time for the two countries to enhance relations ahead of South Africa’s hosting of an International Maritime Organization (IMO) conference in the country in 2020.

In the video clips below, Ms Chikunga (clip 1 lasting 3 minutes) and Mr Gróbarczyk each explains the genesis of the development and the respective country’s hopes to strengthen relations.

Meanwhile, also in remarks welcoming the group of Polish and South African maritime students and cadets on board the SA Agulhas late Wednesday afternoon, Mr Tilayi described it as important the establishment of sound relations with countries such as Poland which would benefit South Africa’s emergent pursuit of redevelopment of its own maritime economic sector.

For his full remarks, click on the video below.

On Friday, the group will be taken on a tour of Robben Island before the centennial independence celebration vessel set sail yet again, this time for Madagascar.