The South African Maritime Safety Authority (SAMSA) has warned that the country is badly equipped to manage effectively weather induced disasters at sea, and that unless serious attention is given to the situation, the maritime economic sector and the country’s economy in general could face serious consequences.

The warning by SAMSA Chief Operations Officer, Mr Sobantu Tilayi came in the backdrop of observable dramatic climate changes affecting the country and which saw areas such as KwaZulu-Natal – home to two of the country’s busiest ports in Durban and Richards Bay – battered by severe storms that led to loss of life and damage to property at sea.

Mr Tilayi’s remarks were shared during a gathering of some of the country’s maritime economic sector’s leading players for a SAMSA sponsored event in Cape Town on Wednesday evening.

The purpose of the SAMSA event was to share with industry and government officials the agency’s perspective on issues affecting and impacting the country’s maritime economic sector, inclusive of its own contribution towards the sector transformation and expansion. 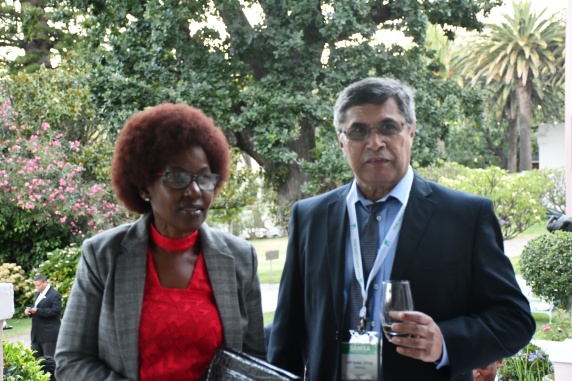 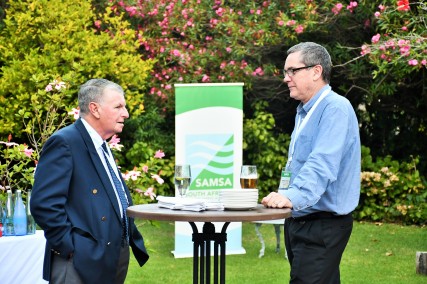 This was within context of the State agency’s legislated mandate to among other things,  promote South Africa’s maritime interests domestically and globally.

Among key issues raised by SAMSA’s ‘sector score-card’ on Wednesday evening were;

On climate change, recollecting the single most devastating weather induced disaster affecting Durban in recent times, Mr Tilayi said the major storm that hit that city in 2017 exposed the poor state of readiness the country experiences when it comes to natural disasters.

On the day of the storm, according to Mr Tilayi, no fewer than six vessels – some fully laden with cargo – ran aground, some momentarily blocking the mouth of the port of Durban.

Had any of the vessels, even a single one, broken its back; the country’s busiest port would have to had to shut down.

“In a meeting with the deputy Transport Minister three days later, I said this country does not have any contingency plans for disasters of this nature,'” he recalled, adding that the weather phenomenon was attributed to global climate change which required that South Africa urgently established early warning systems.

“I still don’t know what we could have done differently to avert the disaster. It a good thing that it did not get worse and harmed the economy,” said Mr Tilayi. 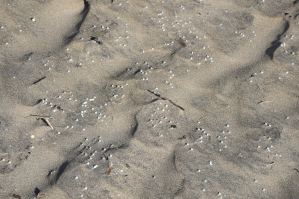 He noted that the disaster still did not spare the oceans’ environment however, as millions of tiny plastic pellets that had escaped from one of lost containers polluted an area of some 1000 km from north of Durban to the south west of the Eastern Cape coastal area in the Indian Ocean, and in its wake, posing an enduring threat to both marine and human life.

A major clean-up had since been launched along the affected coastline with good results, he said.

For Mr Tilayi’s full remarks (30 minutes) on this and other aspects of the state of the country’s maritime economic sector development, click on the video below.

More pictures of guests at the SAMSA Stakeholders’ Dinner at the Mount Nelson Hotel on Wednesday: