With foundational schools opening again on Tuesday in South Africa – the day the world over will be observing the United Nation’s sanctioned Nelson Mandela Day – the water surrounded community of Enkovukeni at Umhlabauyalingana in northern KwaZulu-Natal will also be celebrating a unique event of its kind.

From about 9am on Monday, they will be receiving more boats to assist them manage their daily travels that include school children who daily have to wade through waist deep water just to get to school. 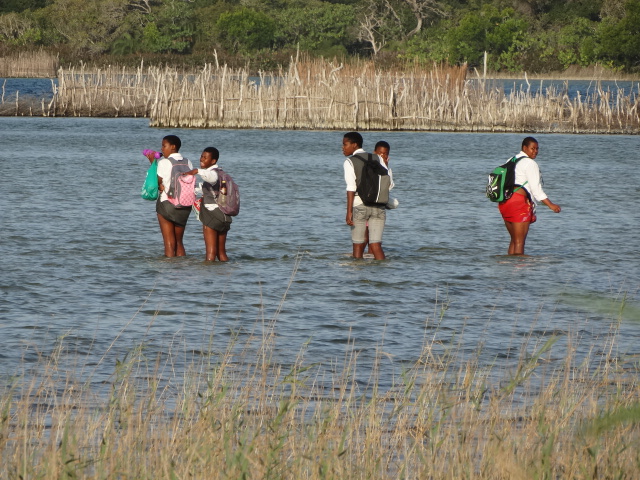 The additional boats hand-over is an initiative of the South African Maritime Safety Authority (SAMSA) that began two years ago and supported by the Department of Transport and several private sector companies in the KwaZulu-Natal province.

On Monday morning, Deputy Minister of Transport Ms Sindisiwe Chikunga accompanied by provincial and local government officials, SAMSA and its private sector partners in the initiative, prominent among them being the Natal Sharks Board, will officially hand over two more boats to the community to complete an initiative that began in 2016 in response to pleas from the Enkovukeni community after flood rains marooned it for weeks.

This blog will capture the moment and share with its readers more detail about Monday’s event.

For a full background of the Enkovukeni initiative, Click Here.