Closer regional collaboration in the management of the world’s oceans is the way to go for sustainable future success, local and international delegates to the 19th Annual Consultative Meeting on Large Marine Ecosystems and Coastal Partners’ currently underway in Cape Town have heard.

The conference at the V&A Waterfront, the venue of  the South Africa leg of the international Volvo Ocean Race (VoR) 2017-18 that set off from Friday, 24 November to 10 December; is a joint initiative among a number of international organizations including the United Nations, the Global Environmental Facility (GEF), South Africa’s Department of Environmental Affairs (DEA), Conservation International, the International Council for the Exploration of the Sea (ICES) and others. 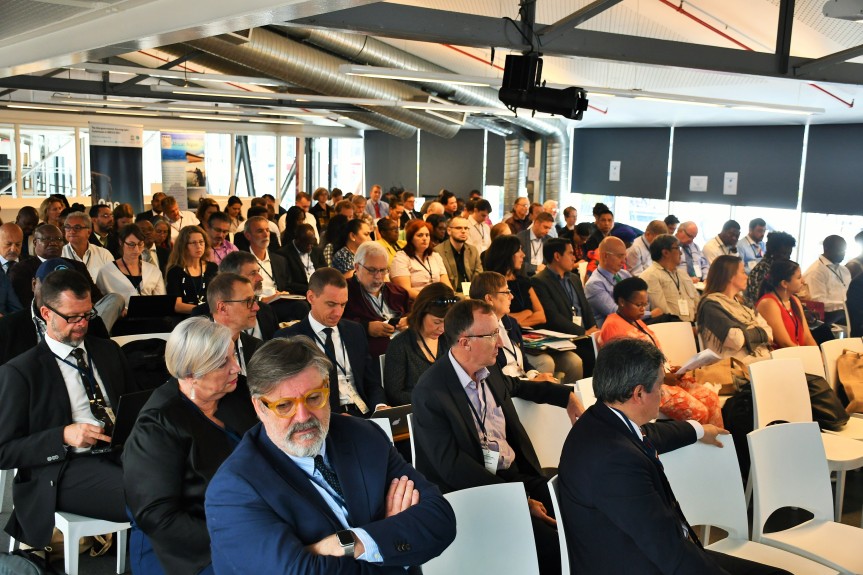 The conference  began on Monday with more than three dozen delegates from several countries in Africa, Europe, the Americas and Asia; and is scheduled to end on Friday.

Its focus, according to organizers, is on fostering and galvanizing regional cooperation  and support among maritime countries worldwide towards greater and closer collaboration  in the management of the world’s large marine ecosystems, partly in pursuit for fulfillment of the objectives of the UN ‘s Sustainable Development Goal 14

The gathering’s stated goals are about the “sharing of experiences and lessons with respect to ecosystem based governance of the oceans by engaging GEF-funded marine, coastal, biodiversity and coastal climate change adaption project leaders in support of meeting the objectives of the GEF Large Marine Ecosystems (LEARN) project.”

Targeted objectives, say organizers; include “consolidating an implementation of the activities of three working groups of the project on Governance, Ecosystem based management, and data and information management; and provide directions for the future activities.”

The conference also plans to “review progress achieved with regards tool kits for the projects, discuss possible activities that working groups could undertake in the future, explore possibilities to intensify the activities of regional networks as well as carry out short term targeted training on the subjects of interests for project managers.”

Expected outputs include approved tool kits drafts, development of a programme of the working group activities in 2018 and identification of key elements for synergy of regional networks and working groups.

In her welcoming address at the start of the conference of Monday,  South Africa’s Department of Environmental Affairs deputy director, Ms Judy Beaumont said the country appreciated both the opportunity to host the conference as well as contribute to its discussions as would be beneficial also to the southern African region.

She described South Africa as a keen participant and contributor to the concepts both of the large marine ecosystems management approach being pursued for adoption by countries worldwide, but also the regional collaboration approach, and to which she said, requires full endorsement and support by state governments globally.

For Ms Beamont’s full remarks, click on the video below

Also on hand to welcome and offer support for the UN conference was Sweden’s Ambassador to South Africa, Ms Cecilia Julin and whose country was the host of similar such conference a few months ago.

Ms Julin shared Sweden’s experience to date with the initiative among countries already fully engaged in the regional collaboration approach in Europe, indicating a great deal of progress.

For her full remarks, click on the video below.

On Thursday, the delegates will take a lunchtime break to visit Robben Island before returning to the conference venue at the V&A Waterfront for the further discussions and interactions.