Ocean traffic to the east of South Africa on the Indian Ocean north east of Durban has been warned to be on watch for a stranded fishing trawler floating aimlessly, unmanned, after its crew abandoned it following to a fire breakout on board on Sunday.

The South African Maritime Safety Authority (SAMSA) on Tuesday confirmed that it had coordinated a rescue effort for the 30 crew members of the Taiwanese fishing trawler named as the Hsiang Fuh No. 6, after it had abandoned the vessel reportedly due to fire on board.

According to the website, marinetraffic.com, the Hsiang Fuh No. 6 is a 21 year old fishing trawler, measuring 45.65 meters in length and 8.3m in breadth, with a deadweight of some 489 tons.

In a statement on Tuesday, SAMSA reported that the fishing trawler’s crew, some with slight burns, had been successfully rescued and would be arriving in Durban some time on Tuesday (11 July, 2017).

According to SAMSA, the organization’s Maritime Rescue Co-ordinating Centre (MRCC) based in Cape Town was notified that a container ship, the Ever Diadem, had spotted the Hsiang Fuh No. 6, on fire, and its crew were abandoning ship on two life rafts; about 736 kilometers East-North-East from Durban and some 496 kilometers from the closest shore. 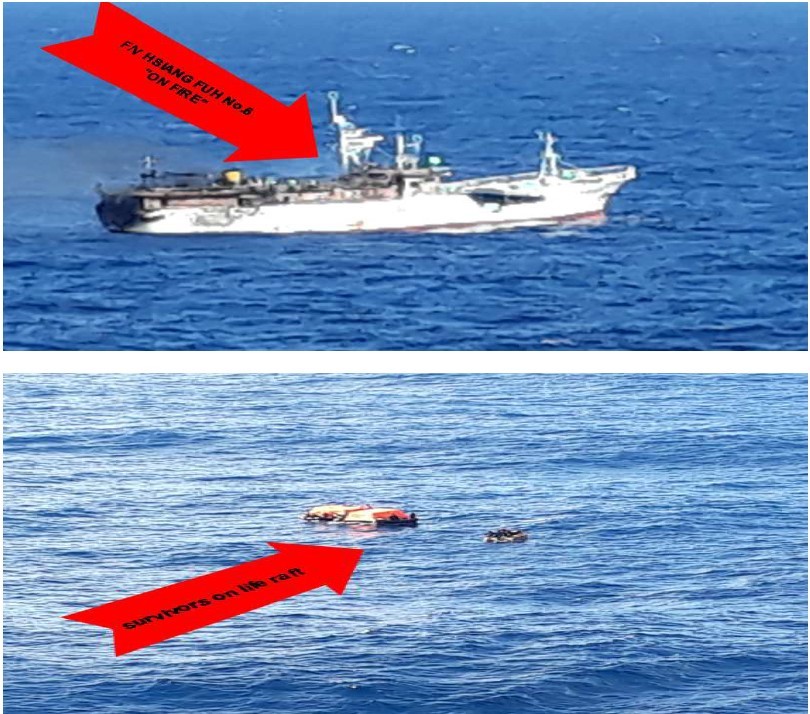 The rescue coordinating centre requested the Ever Diadem to recover the survivors, with an additional urgent request (MAYDAY) message relayed also to other vessels in the vicinity to assist in the rescue.

Bulk carriers, the Hampton Bay and SBI Antares, responded and the SBI Antares eventually assisted with the rescue.

“All the survivors were picked up – 16 crew by the Ever Diadem and 14 by the SBI Antares. Both vessels are proceeding to Durban to disembark the survivors.

“The survivors, mostly Philippine, Indonesian, Taiwanese and Vietnam nationals are fine with some reported to have suffered burn injuries. The necessary arrangements for the safe delivery and repatriation of the sailors were made and they will be met by representatives of their countries on arrival in Durban.

“MRCC is currently engaged in efforts to evacuate one of the crew that suffered burns from the Ever Diadem, 60 km off Durban. The air medical evacuation shall be done with the assistance of a South African Air Force and NetCare Paramedics,” said SAMSA in a statement.

The organization further commended  efforts of the Masters and crew of the Ever Diadem and SBI Antares for the valiant effort in saving the lives of the crew of the fishing vessel.

Meanwhile, SAMSA issued a warning to all seagoing traffic in that part of the Indian Ocean to be on the lookout for the stranded fishing trawler.